Caring for you means you feel no pain physically, emotionally or financially.

Zental is a new experience in healthcare. Our team strives to help you achieve wellness by delivering exceptional care that serves your health, wellbeing and comfort.
Being a patient at Zental

Book your free exam now
Intro area: can include visuals, video or a testimonial 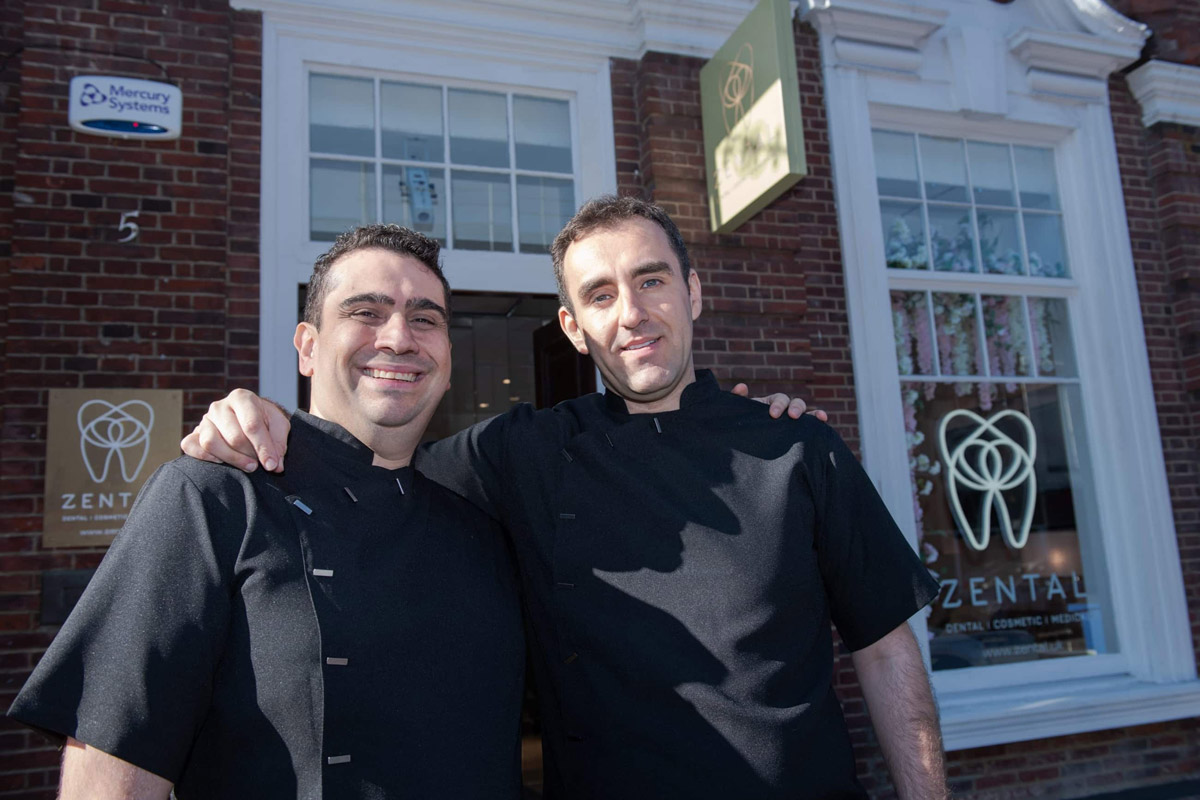 Many years ago, there were two friends finishing up their A-levels. These ambitious young men shared the same world view and, more importantly to our story, shared the same desire to make the world better. They took separate career paths – one, Ihsaan, studied dentistry, qualified as a doctor and trained as a surgeon. The other, Arif, went into finance and, following a creative spark, became an entrepreneur. 20 years later, Ihsaan and Arif remained friends, successful in their professional lives but wanting more than ever to change the world – and that is where our story begins…

Chapter One: The Opportunity

Ihsaan, working as an oral surgeon within the NHS, was growing disillusioned by the negative misconceptions most of his patients had about dentistry. Eight of out ten patients whom he treated told him they ‘hated’ going to the dentist – this was often based on past negative dental experiences, which had caused them anxiety. Ihsaan was frustrated with the lack of resources available to make their treatment experience better.

Moving into the private sector did not really help much either, as he wanted to focus on investing in improving the patient experience; many private practices offered the same dentistry but in fancier rooms. When he spoke of the problem with his friend Arif, who had experienced a full range of NHS and private dentistry as a patient, he found that Arif felt the same way. They realised that something had to be done.

The friends knew that they could never completely remove discomfort from dentistry – no one would ever compare sitting in a dental chair to sitting on a beach – but they did feel strongly that they could drastically improve the patient journey – from beginning to end. They decided to build a new kind of dental practice – one that would espouse a holistic approach to dentistry as an integral part of caring for one’s entire wellbeing.

Ihsaan’s medical background came into play, as he had a unique perspective on how synonymous dental health is with general wellbeing – and, how a person’s mindset can directly affect their potential throughout their life. In order to offer a more comprehensive, holistic experience, the dream broadened to include facial aesthetics and medical treatments. In essence, Arif wanted to ensure that patients coming into their new practice would feel as though they were visiting a peaceful sanctuary – relaxed, confident and even excited about undergoing treatment, with a view to a positive end result that would improve their overall wellbeing.

A short while later in their story, Arif was relaxing on a beach on holiday, lulled into a state of bliss by the sound of the waves, the sun on his skin and the blue sky above, when a name floated into his mind: Zental. It was the perfect blend of the Zen philosophy he and Ihsaan shared and the patient care they hoped to provide. They took the name and ran with it, building a practice – and a brand – around the convergence of Zen relaxation and healthcare. Every aspect was thoughtfully designed to offer a calming experience where patients would come to achieve balance and, ultimately bliss. Offering the latest technology to help reduce treatment times and improve the in-chair experience was essential, but for the two friends this was just a starting point.

They thought of every detail in an effort to stimulate all the senses and override any anxiety patients might bring with them. Keen to induce the same sort of Zen state that Arif had experienced on vacation, they introduced calming aromatherapy, relaxing music and a beautiful as well as functional interior design into both the waiting area and the surgeries. Also central to their ethos, and represented throughout, were the four elements – earth, water, air and fire – which reflect the interdependence of the various aspects of human health and the need for them all to be in perfect balance.

It took about a year to not only create the flagship practice, but a holistic, healthcare brand encapsulating dental, facial aesthetic and medical treatments under one roof. The result is a stunning new concept in healthcare that the two friends hope will soon become the new gold standard for patients who expect more, better, friendlier and gentler care. Their doors are now open – come and experience Zental for yourself.

Book your next appointment with us

We offer a haven of tranquillity, thoughtfully designed to stimulate the senses and complemented by state-of-the-art technology that makes your experience calm, relaxing and ultimately re-energising.

Get it done right away

Book your appointment online in just a few clicks, day or night. If you wish to discuss your needs with a member of our team, please do not hesitate to call us or find your nearest branch here.

Book an appointment online
Call to action to be defined

Or have us call or write to you

Kindly provide your contact information below, and a member of the Zental team will be in touch with you as soon as possible.

Thank you! Your submission has been received!
Oops! Something went wrong while submitting the form.